The Soil is the origin of life. The Hazaka Plant uses the ability of bacteria (microorganisms) to change waste into fully ripened compost, and returns it to the earth.
We are providing life to the earth and believe that this is the way achieve the circulation of resources according to natural providence.
The Hazaka Plant will continue to play the role of the hinge which connects waste and nature.

The origin of the Hazaka Plant is the “production of compost” in the traditional way of Japan.

The production of compost which circulates the waste of any organic discharge as a resource is a natural material recycling system created by our predecessors. However, the ideology and techniques which have been inherited from parents to children, is beginning to disappear along with the development of waste incineration plants. Along with this, the environmental issues and the deterioration of soil productivity have been produced.
The Hazaka Plant established a method to perform high-speed fermentation processing of organic waste in 25 days by learning from nature, to breed indigenous microorganisms to the maximum. We hand over the wisdom of our predecessors to the next generation, and contribute to the solving of environmental and soil productivity issues.

Fermenting and decomposing organic waste by the ability of bacteria

The Hazaka Plant prepares the environmental conditions suitable for fermentation. We do not add bacteria (microorganisms). More than 10 billion bacteria per gram are naturally bred, to ferment and decompose the organic waste. Most garbage and dehydrated sewage sludge can be decomposed. Mixing woody materials, such as chaff and wood waste into the garbage and sludge will produce compost. 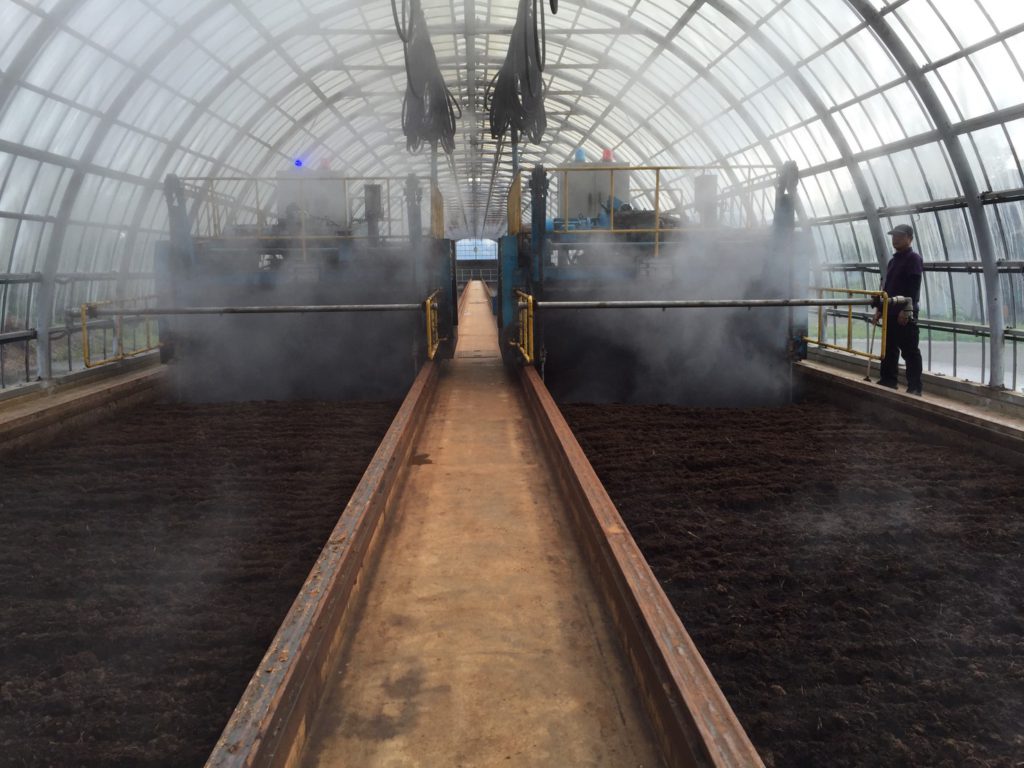 Solves the waste of energy without destroying the global environment

In contrast to incineration processes which use large volumes of fossil fuels and discharges large amounts of carbon dioxide, the Hazaka Plant discharges almost no carbon dioxide which originates in fossil fuels. For this reason, the plant can also contribute to the reduction of carbon-dioxide emissions. The compost produced in the Hazaka Plant has gained in popularity and is used by many farmers. Furthermore, the plant is also excellent in economic efficiency, as the construction and maintenance costs can be minimized.