Analysis and overview of Hazaka Plant’s compost manufacturing system, for research in the laboratory, was described in the lectures which conducted several times at the University of Indonesia and State University of Jakarta.

After we talked with the dean and professors of the State University of Jakarta, we came to the agreement of cooperation in constructing Hazaka Plant there.

After that we’ve visited some landfill areas in Jakarta in order to understand the current situation of waste disposal there.

Due to the idea of Hazaka Plant construction project in Indonesia by the State University of Jakarta, we did a lecture about the Hazaka Plant’s sysetem, the high-speed composting system just as requested by the university.

The participants of the lecture weren’t only the students and university officials, but also the people from Jakarta government.

After the lecture, by the variety of questions, such as questions related to microorganisms that play an active part in the mechanism of fermentation, also about the practical expenses such as the fermentation time, we felt the height of awareness about the local garbage problem there. 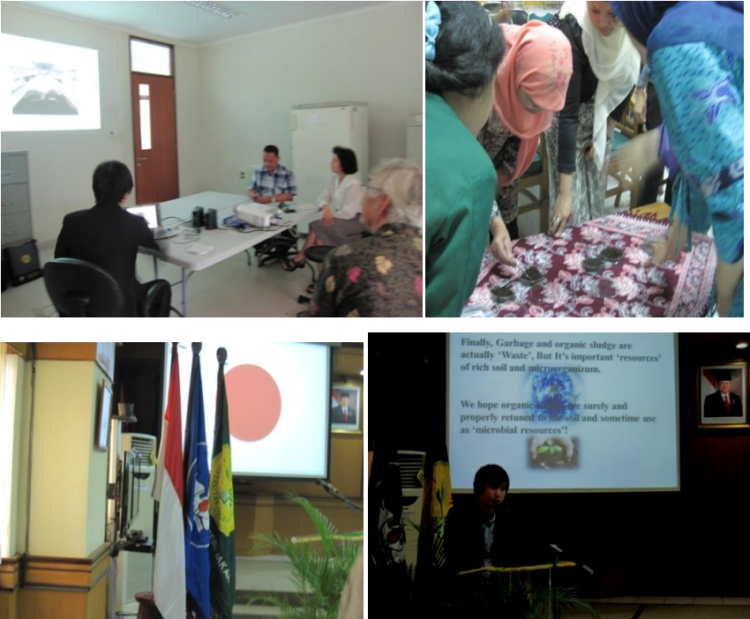 The lecture in Indonesia and the meeting situation

Most of the waste from daily life and market will be transported to the disposal site of Indonesia’s largest landfill called Bantar Gebang.

The situation of transporting the waste

The photo below is Bantar Gebang disposal site. The vast of the area in total is 110ha, with the annual dumping amount about 2 million tons, and there are people referred as scavengers in the area, who live with cash from picking up metals and plastics waste. 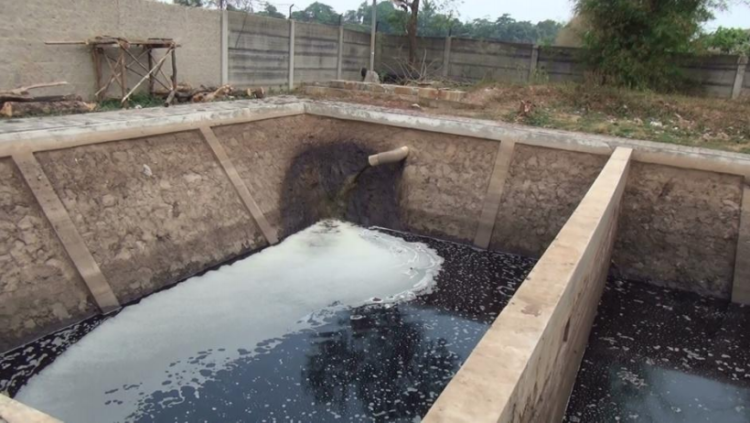 The situation of discharge to a river upper river basin

Without having to analyze the effluent, it was dark yellow in color. The odor is more ff-ed, and the downstream on the basin were contaminated topographically.
The moment we got out of the car, unbearable of manure and garbage was drifting. There was also a composting treatment plant in the vicinity, but it was of very small people.
The waste from daily life and market that are transported to Bantar Gebang is alright, but there are wastes from daily life dumped into the river as they are, for the recent years due to it, the flow of the river got hitched, and the water contaminated with dust overflow to Jakarta City Hall near seems to be occurred recently. Jakarta has been questioned strongly about this issue, and it seems that people want a solution as
soon as possible. In addition, it is flowing in large amounts even (photo below) in dry season so the dust accumulates easily in the lower reaches, but it seems to increases further in the rainy season and becomes much more serious matter. The waste from the river were picked up using heavy materials, but the processing is like all other waste, processed in Bantar Gebang. By the way, like people who live by collecting the waste in Bantar Gebang, people who live by collecting waste on the river had been numerous.

According to the serious garbage problem in the Indonesia, we really hope that our Hazaka Plant system can be of use in the near future, because we think that our system is an effective solution.